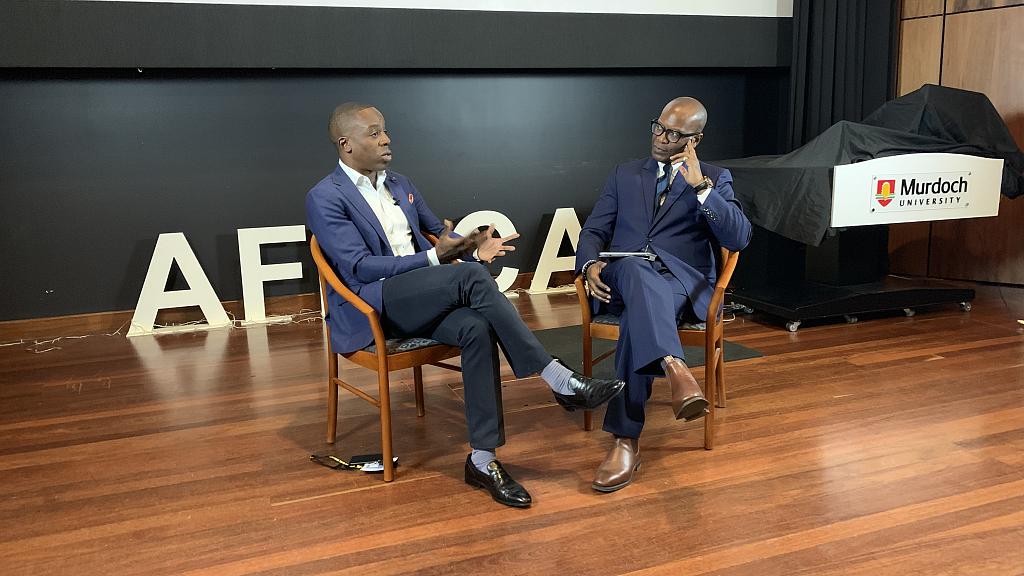 Kofi Annan said, “Young people – with their dynamism, their energy, and their inherent understanding of our interconnected world – have much to teach us… I am convinced more than ever that any society that does not succeed in tapping into the energy and creativity of its youth will be left behind.

While the world focuses almost exclusively on profiting from Africa’s wealth of natural resources, it almost entirely overlooks deploying the world’s most critical resource of all – Africa’s Youth.

Serial entrepreneur and investor Kojo Annan, has urged the Global African Community to realize “we are the village that must raise the child” through his keynote address at the recent 9th Annual Africa-Australia Research Forum in Perth, Western Australia.

He went further to say his father, Kofi Annan would be delighted to see so many people coming together at the forum, supporting his call for bolder action in driving forwards and implementing Africa’s agenda for transformation.

He also stated, “We have ample opportunity to shift Africa’s story from one of poverty and corruption to one of abundance, equity, and powerful, modern, all-pervasive humanitarian style leadership.”

“However, despite this plethora of opportunity, Africa has remained resource-rich and outcome-poor.

“Gold, silver, diamonds, oil, copper, timber, etc. – all are abundant, and yet, these resources have not been enough to lift the continent out of poverty.

“Perhaps, because whilst the world at large focuses almost exclusively on profiting from Africa’s wealth of natural resources, it almost entirely overlooks deploying the World’s most critical resource of all – Africa’s Youth.

Mr. Annan said the African continent was teeming with young people, most of whom were under 21, comprising up to 60 percent of their respective populations.

“As my father so eloquently put it, “Any society that does not succeed in tapping into the energy and creativity of its youth will be left behind.

“However, despite being the world player makers, every 24 hours, over 22,000 young Africans join the ranks of the world unemployed.

“Is this really how are we going to treat the children of mother Africa? Is this how we expect them to win at the game of life?

Mr. Annan has founded an organization called Africa10 (A10) to help unlock the potential of Africa youth through sport and education.

“We must turn our attentions to creating an A10 generation of champions both on and off the field who are fit enough to steer the continent forward.

“It’s time to turn our large youthful unemployed population into our strength. We have to equip them, educate them, and unleash them.

“So lets as Africans and friends of Africa come together in my father’s honor and change the story of Africa, from impoverished to successful and abundant.

“The spirit of the Africa Progress Panel must continue.