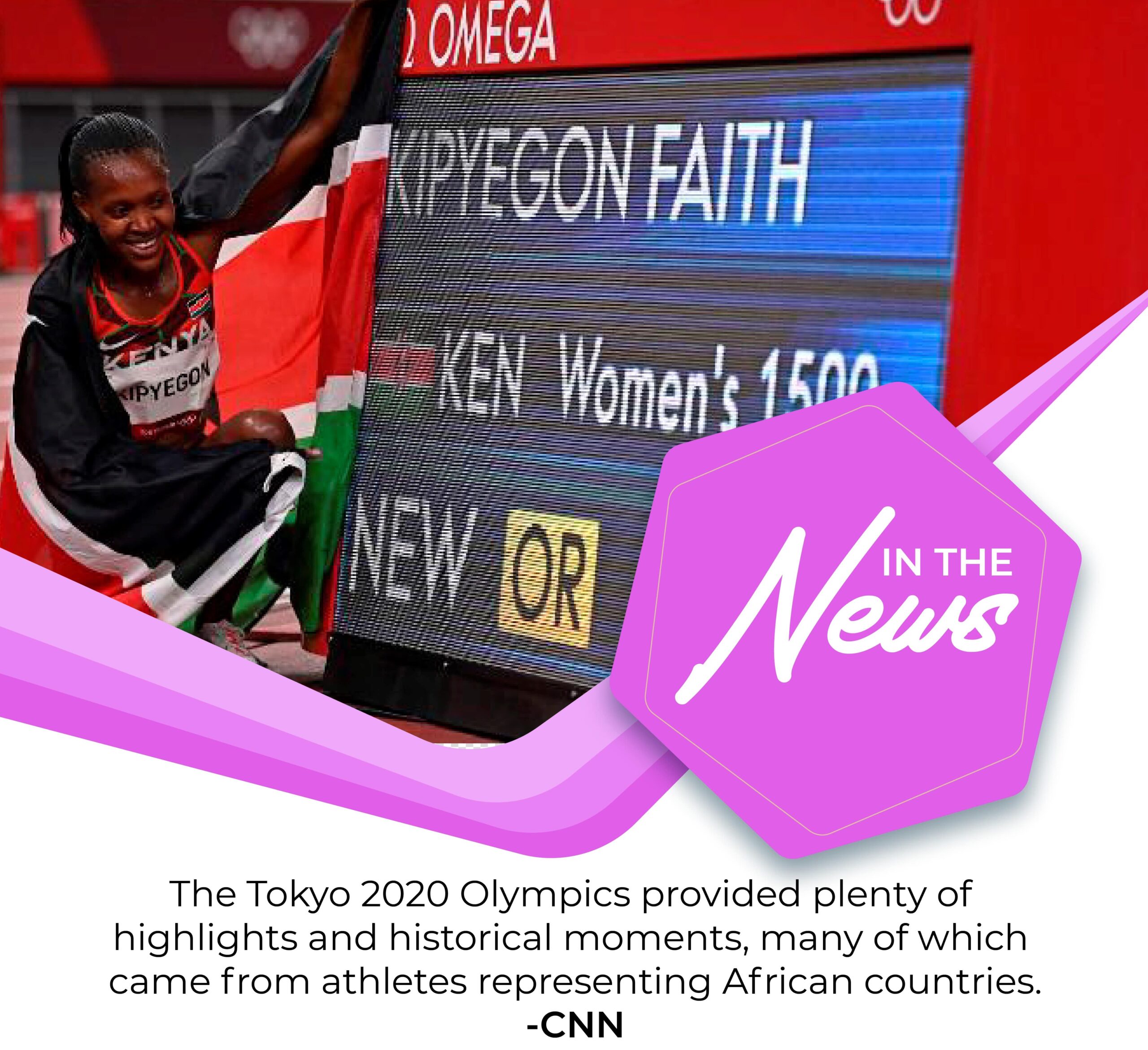 The Tokyo 2020 Olympics provided plenty of highlights and historical moments, many of which came from athletes representing African countries.

Kenya, which finished 19th in the medal table, won the most of any African country with 10 total medals, including four gold. In total, 13 African nations won medals at the Games this year.

See below some Africans who helped make history at Tokyo 2020

Faith Kipyegon, Kenya: Kenya celebrated more record-breaking success on the track when Kipyegon defended her gold medal in the women’s 1,500m, setting a new Olympic record in the process.

Uche Eke, Nigeria: The young athlete became the first gymnast to qualify and compete for Nigeria at the Olympics.

Ahmed Hafnaoui, Tunisia: In men’s swimming, a teenager shocked the field when 18-year-old Halnaoui took gold in the men’s 400m freestyle — the first swimming medal for Tunisia since 2012.

Soufiane El Bakkali, Morocco: Morocco made history with its first gold in the men’s 3,000m steeplechase, when El Bakkali topped an all-Africa podium ahead of Ethiopia’s Lamecha Girma (left) who took silver and Kenya’s Benjamin Kigen (right) with the bronze.

Eliud Kipchoge, Kenya: The 36-year-old marathoner is considered among the “greatest of all time,” and Kipchoge showed it once again at the Tokyo Olympics, winning gold in the men’s marathon. That’s back-to-back wins for the Kenyan superstar, making him only the third man ever to defend his gold medal in this event.